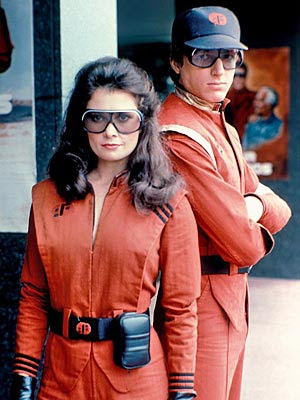 Back in 1984 the show of all shows came out, "V". A creepy little campy show about a bunch of lizard alien people disguised as humans who came to earth to suck out all our water and kill and\or eat all the humans! I was 7 years old when this show came out, and I LOVED it.
I loved when their skin would peel away and you would see grody lizard skin. Or the time when that girl delivered her half human\half lizard babies. One was a slimy alien baby and the other looked like a human, but when she went to hold it, it stuck her forked tongue out at her! (who doesn't love weird looking alien babies?!?!)
So much to my surprise, I found out that ABC is bringing back a modern day version of V! I know it won't be as good as the original, and I probably won't even watch it... but it's still fun to reminisce.